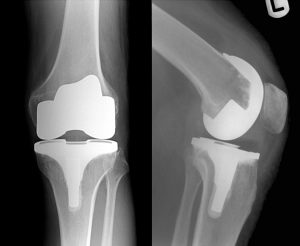 In my first year of medical school in 2014 I became aware of some extra-curricular research opportunities made available through SUSS, working with an orthopaedic surgeon at Concord Repatriation General Hospital, Professor Warwick Bruce.

Even at this early stage of medical school I had an interest in orthopaedic surgery and had been considering pursuing this quite seriously. The research opportunity seemed like a good chance to develop my resume through scientific publications and conference presentations, as well as developing relationships and a network within the surgical community in Sydney.

The research project initially involved meeting with Professor Bruce and his fellow Dr. Yadin Levy in order to fine-tune the research project’s aims and scope. I was then able to go to Professor Bruce’s rooms in Sydney Olympic Park to complete data acquisition and for further consultation with Dr. Levy and Professor Bruce. After the data had been collected we were able to go through statistical analysis before completing the write-up process. Finally, we had the manuscript accepted for publication in the journal Knee Surgery, Sports Traumatology, Arthroscopy.

The experience this extra-curricular research provided put me in really good stead for the ensuing MD project that is part of the degree. Having completed an Honours year previously, this opportunity provided further experience in statistical analysis as well as scientific writing. In addition to this, the research was accepted as a conference poster at the American Academy of Orthopedics Annual Scientific Congress in 2016, as well as a peer-reviewed journal publication. Great things for a resume! 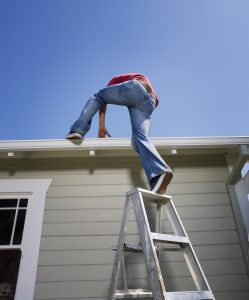 With my interest in surgery as a career, I applied to the Surgical Outcomes Research Centre (SOuRCe) at RPA for my MD Project. At our first meeting, my MD Project group was asked about our individual goals and preferences for MD projects individually, and SOuRCe was flexible about our topics and made an effort to accommodate our requests.

I was quite clear about the type of project that I wanted to do; my main concerns were time commitment and scope of the project. The tutors, Professor Michael Solomon and Professor Jane Young, suggested the theme of Trauma Surgery, which is relevant to different surgical specialties such as Orthopaedics, Neurosurgery, and General Surgery. They introduced me to Dr. Michael Dinh, an Emergency Physician and the director of trauma services at RPA.

Dr. Dinh has an ongoing research interest in trauma cases related to ladder falls, particularly in the elderly. He proposed that I use the trauma registry at RPA to test a specific hypothesis for my research; however, he also gave me liberty to define my own research question. Ladder falls as an MD project may sound quite niche but a recent retrospective study conducted over a five-year period reported that in NSW alone, ladder falls have cost about $52M and exposed patients to 57,000 procedures. This shows that ladder falls are a major burden for Australian healthcare. Eventually we decided to combine trauma registry and electronic medical records data to investigate the effect of comorbidities on ladder falls and surgical outcomes.

Diabetes mellitus (DM) is a global burden both in developed and emerging countries. Its multiple systemic complications, including retinopathy, peripheral arterial disease, cardiovascular disease, kidney disease, neuropathy, and poor wound healing, can lend themselves to falls as well as poor surgical recovery. Therefore, I decided to test the effect of DM as a comorbidity on the outcomes of ladder falls and their surgical treatments.

The MD research project is a wonderful opportunity to explore an interest in surgery, find contacts in your field of interest, and exercise all the skills that we learned during the Research Methods block. When choosing your topic, I recommend keeping your project as simple as possible given the medicine course load, and rely on your strengths. For example, I wanted to work with data to use my programming skills. I also wanted to stay as far away as I could from a wet lab, animal experiments, data collection, or ethical issues due to a lack of experience! Also, I suggest that you maintain as broad a scope as possible to keep your experience relevant to as many different specialties as possible, both medical and surgical. For example, a topic related to wound healing, diabetes, or sepsis can be fit into almost every specialty (well, maybe not psychiatry). Ideally, you want something that can be turned into a research article easily and published when you are in third or early fourth year. It would also be beneficial to be able to define follow-up questions that can be easily studied and published after your MD project. 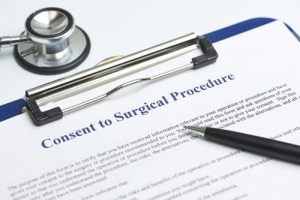 A journey in burns research

With an interest in surgery, I was fortunate that Concord Clinical School offered several surgical MD supervisors and projects in 2014. I was especially lucky to be placed with the Concord burns team, one of three tertiary burns units in NSW, which has allowed me to develop my primary research capacities as well as my clinical and professional proficiencies.

As part of my MD project I was allocated the topic area ‘Negative pressure wound therapy (NPWT)’ and allowed free reign to explore what research question and format I wished to pursue. This open style forced me to develop, review, and re-develop my project from the ground up – a natural process in any form of primary research. The research journey over the last three years has been an incredible experience and has included drafting three research proposals, applying for and receiving animal ethics approval, animal handling and ethics training, additional lab work and training at the ANZAC Research Institute, development of a working murine (mouse) model as a pilot study, and testing of the NPWT device in this model.

Additionally, the MD Project and my links with the Concord burns team has afforded me other opportunities: assisting another MD student as second author on their systematic literature review, assisting the burns team as co-author of a review of burns therapies, attending a national conference on NPWT, forming relationships with research and clinical staff at Concord Hospital and the ANZAC Institute, and time in theatres assisting with acute burns surgery.

Having begun the MD process with zero experience in proposal writing, animal or lab work, I now feel confident to pursue these endeavours in my future career. I’m also thankful for the relationships I’ve formed as part of this process, and I have no doubt that they will be invaluable for whichever surgical career path I choose to take. 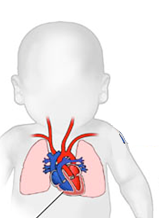 I undertook my MD Research Project with the Heart Centre for Children, at the Children’s Hospital at Westmead (CHW). My primary supervisor was Professor David Winlaw, a paediatric cardiac surgeon and Head of the Heart Centre. My research was a review of the neonatal surgical and peri-operative management of a condition called Ebstein anomaly, which is a congenital malformation of the tricuspid valve that presents only very rarely – but when it does in a neonate, it can be with absent forward pulmonary flow, and gross right heart dilation – a blue baby. Urgent prostaglandin stabilisation is usually required, until the fœtal circulation definitively transitions, or with surgical intervention. Our research was a review of the surgical procedures conducted (and of their outcomes), as a number of different strategies can be performed, many with quite high rates of failure. The appropriate surgical algorithm for management of these neonates has not yet been elucidated.

I liked working on this project – first of all, because it was something that interested me. The project could be very demanding of my time, with deadlines for abstract and manuscript submission, and a lot of quite foreign concepts to rapidly come up to speed with. The only way that it’s possible to effectively dedicate yourself to clinical research is if you have a good idea a) of why you like it, and b) how and why it is helping. I met many interesting health professionals during my project – statisticians, cardiac surgeons, paediatric cardiologists, nurse researchers, secretaries, and even the person with the keys to the CHW basement! And everyone was necessary. It was a particular reward to get to travel to the United States to present my research in front of the surgeons who had invented and named the surgical techniques I was comparing!

I don’t think it is necessary to have a surgical career focus to do surgical research – nor do I think that you should do surgical research purely to gain surgical experience (e.g. I didn’t once step inside a theatre for the purpose of my research). But I think it is a very useful area of research in which there is lots of potential for development and which has real implications for the future. Above all – it is fun to be an expert at something! After a lot of time being a med student with only a vague understanding of most things, it is very rewarding to feel you have a good grasp on a particular area. Good luck to anyone who is pursuing surgical research!